Can a Mosquito Transmit HIV? 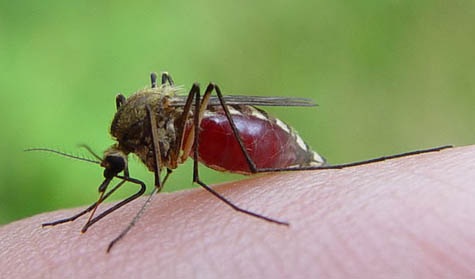 Mosquitoes are known carries of several infamous viruses, most notably malaria and dengue fever. And they are in fact the deadliest animal in the planet according to the World Health Organization. They’re responsible in the deaths of millions of people each year. But do you know that they cannot transmit HIV? Yes, you read it right. This particular virus is not carried or spread by mosquitoes. Here are the reasons why:

Mosquitoes don’t actually inject blood. Only saliva is injected into humans when a mosquito bites and thus HIV positive blood that a mosquito may have previously ingested is never transmitted to other humans.

The virus cannot replicate into the mosquito’s gut. As you know, HIV is a virus that will eventually replicate itself in humans – weakening the immune system that can lead to AIDS. But in mosquitoes, the virus is digested and destroyed.