These invasive species might the next pest problem in your backyard

“Invasive species are animals, plants, parasites or disease causing organisms that establish outside their natural range and become pests.”

Over the years, countless invasive species have made their way into every region. And Australia is one continent that’s inhabited by diverse animals and plants. Learn some of the most common invasive species of plants and animals that can become the next pest into your home.

A serious new pest that has been detected in Queensland. Shown attacking a grasshopper, these ants inflict a painful sting and have the potential to cause great environmental damage if not eradicated.

Cane toads were introduced into Australia in an effort to control insect pests of sugar cane. The control attempt failed and now cane toads are regarded as pests themselves.

Cynara is a genus of thistle-like perennial plants in the sunflower family. In Australia, it is considered as weed and can damage other crops. 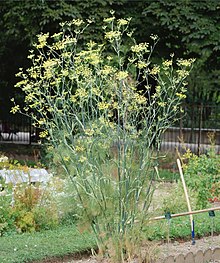 It is a flowering plant species in the carrot family. It propagates well by seed and is considered an invasive species and a weed in Australia and the United States.

Wild rabbits are a serious mammalian pest and invasive species in Australia causing millions of dollars of damage to crops.